At the beginning of February 2002, The Guardian contacted me about the possibility of an interview. For some ungodly reason the lunatic newspaper had decided that it was thrilled by the idea of listen to me jabber on about any decaying rubbish that fell lifelessly out of my mouth. I dutifully obliged.

A couple of days later, they asked me if they could send a photographer around to take a picture. I was of course tremendously flattered – although since I hadn’t shaved in over a week and since we’d run out of hot water and since the photographer was going to arrive in about thirty seconds, I wasn’t entirely comfortable with how I was going to look.

When the photographer arrived, he was a tremendous friendly mad old guy with thick glasses and thinning hair who asked me to sit in all kinds of strange positions in front of my computer, but never once told me what to do wih my face. By the end of the (brief) session, I was kind of sheepishly grinning in complete embarrassment.

The photographs he finally decided were the best were e-mailed to me a couple of days later. The article, of course, never actually ran in the paper at all – so they now only exist here online… My moment of fame postponed once more… And frankly it’s all to the good as I have never looked so goddamned hideous… 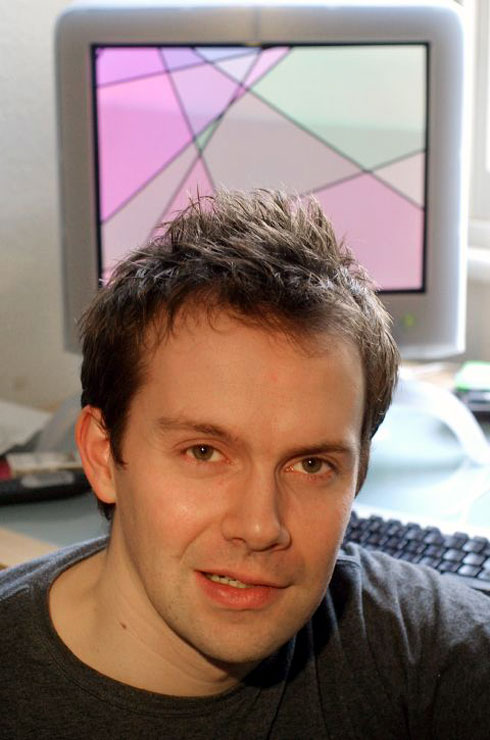 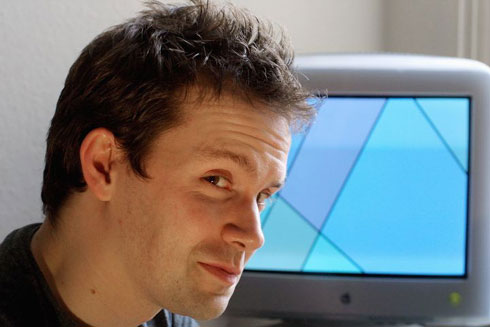