You may be wondering why everything’s got a bit quiet around here. Unfortunately, the whole flooding situation with my flat is still occupying most of my attention. I only tell you this stuff so that you’ll forgive me for not talking about Audioscrobbler and Last.fm merging and relaunching (loads new features – tags, albums, redesigned – you can see my profile here). Oh, and the launch of the Participatory Culture DTV Player which I haven’t had a chance to look at properly yet. And all the fights about Clay’s work on folksonomies. And… and… and… I’m beginning to think I should write one post a day that just lists all the things that I was planning to write but didn’t get the chance. It would be longer than the stuff I actually do write – by quite a large margin.

And what have I been doing? Well mostly I’ve been dealing with the aftermath of the flood apocalypse. Now all of the carpet throughout the flat has now been removed, I’m left with bare concrete floors sporting occasional pubic patches of damp underlay. The concrete itself appears to be wet through and apparently it could take up to four weeks for it to dry. Until that happens, I am told that we can’t have a new carpet down, because it would rot from underneath. Great. Brilliant. In the meantime, I’m starting the fun process of moving everything I own into the bathroom and kitchen or under the stairs so that when they finally decide they can put in the bloody carpets, they’ll be able to find the damn floor.

On the plus side, I slept in my bed for the first time since Friday night, although it wasn’t quite the pleasant experience it used to be. I haven’t been able to get my duvets back from the cleaners yet, and I have to keep the windows open to air out the rooms. So although sleeping in the bed was considerably nicer than sleeping with my legs in a funny position on the sofa, I was still bloody freezing and that’s left me grumpy and tired and frankly unthrilled by the world. Here are some illustrations to help you get a sense of the fun I’m having: 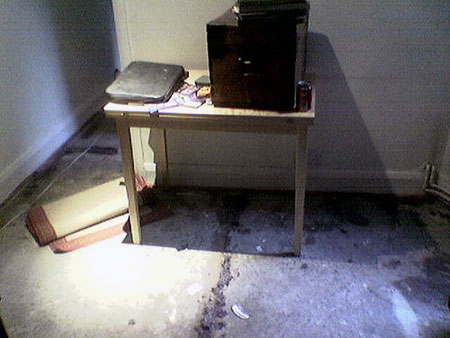 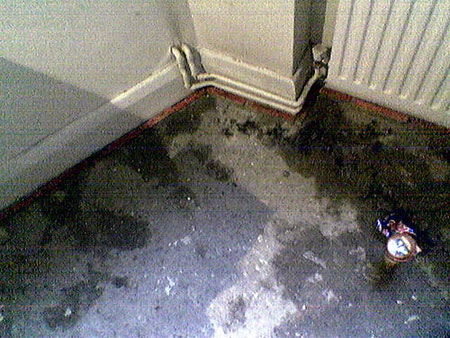 In more positive news, I’m going to be in San Francisco for a few days from the middle of next week, and I’m eager (as ever) to hang out with anyone interested in social software, social media, media distribution, media navigation, participatory media/journalism and the like. Chuck me an e-mail at the normal address (tom at the name of this site) if you’re interested in getting together. And I’m also cooking up a number of interesting schemes that hopefully I can start talking about over the next few months as well. So that’s fun.

And in the meantime, can I remind everyone in the UK to watch Lost. I meant to recommend it before the first two episodes were shown on Channel 4 last night, but – perhaps understandably – was distracted by stupid flat-crap. It really is the show of the year, and you should all take advantage of any opportunity to get hooked on it.

http://www.last.fm/charts/artist has given me some food for thought. Is there anyway of finding out the gender diversity of audioscrobbler users? As it’s strange to see 100 bands with barely a handful of female vocalists. It reminds me of the time when Patricia Duncker pointed out that my book collection was overwhelmingly male-authored, which i hadn’t noticed until she mentioned it.

Seriously Tom you need to rent a wet vacuum cleaner and then a de-humidifier. will dry out the place in no time. technology works you know 🙂

Yeah well, that was what I was planning to do until they decided to take the carpet out – I wasn’t then aware that the concrete floor would also require several weeks of drying out. Now I think my landlord’s talking to various companies about dehumidifiers and the like.

It’s been a while since I checked your blog. Sorry to hear about the flood! Mega-bummer. I used to live in New Orleans, and people got flooded all the time. So there’s one thing I know, and that is that there is nothing, NOTHING, in the whole wide world that is stinkier than moldering carpets. Wait two extra weeks to put carpet down to make sure the concrete is dry. Do whatever it takes. It’s awful, but smelly carpets are worse. Honest.

Awww, bless! Hang in there, Tom — your home will return, with beautiful new carpets to boot.