So I’m halfway through my first Yahoo-employed trip to San Francisco and I’ve been so bloody busy that I’ve not really had much of an opportunity to keep up with my e-mail or my community or with what’s been going on around the internet. What’s made the whole thing even more difficult to keep hold of has been my pernicious gut-rot, which kicked in on Wednesday evening (vomit everywhere) and has continued now for almost five days solidly. The initial grotesquery has been replaced with a perpetual sourness, recurrent belching and vicious and unexpected cramping. Other than Thursday, where I could barely get out of bed, I’ve tried not to let it stop me doing things, but it’s certainly put a tiring dampener on the whole experience.

Yesterday I was persuaded by Simon and Dinah to go for a drive over the Golden Gate to look at some Redwoods. I was initially reluctant, but with the exception of a few moments of minor inflating body horror, the whole experience was pretty special. The whole day has been carefully (and expensively) documented via MMS-to-Flickr (A day with Simon and Dinah), and here are some odd pictures below that should help capture the whole thing: 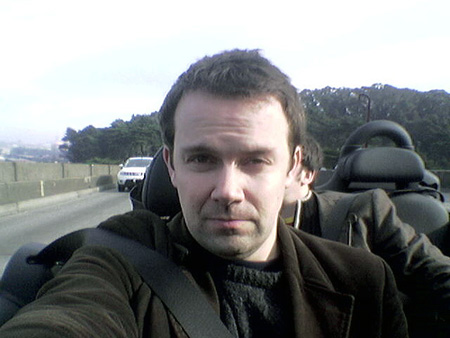 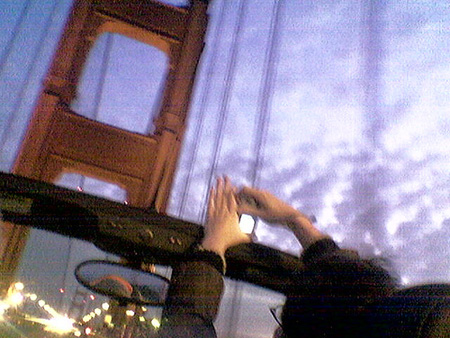 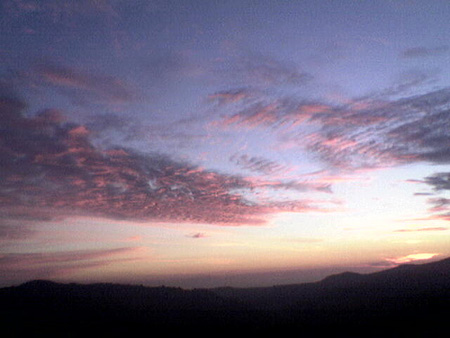 Workwise, the whole trip has been extremely illuminating – a hell of a lot has happened while I’ve been out here, including the official announcement of the acquisiton of del.icio.us by the mothership. It looks like a fair number of people are nervous about the whole thing, but I can’t help thinking that they’re going to be in good company near the Flickr and Upcoming crew out here in Mission College. I’m looking forward to getting the little London Tech Dev team that we’re setting up playing with the emerging Yahoo Social Software scene. We should be able to come up with some pretty neat stuff.

What else has been going on? I went to see Narnia with Cal and I’m sorry to say that I think that the critics for the most part got this one wrong – the first two thirds of the film, adapted inelegantly from the book, are pretty mediocre at best and pretty terrible at worst. The last third – barely referenced in the book – is substantially better if you’re prepared to see Lord of the Rings-style tropes slapped on the screen with little innovation or creativity. I found the whole thing disappointing, and was only pleasantly surprised by the actor who played Peter Pevensie who is the spitting image of my little brother (also called Peter). Very strange. My little brother in a movie. Anyway – hopefully King Kong or Brokeback Mountain (which I’m hoping to squeeze in before I leave) will be more entertaining.

Otherwise, to the few nerds in the city I haven’t hung out with yet – I’m around until Friday and it would be great to see you. I’m not going to make it to Syndicate unfortunately, but I’m free most evenings and really trying to plug in both to what Yahoo are up to and what’s going on more widely. And then on Friday I can fly back to London and collapse in an exhausted heap in a pile of dirty laundry and let everything sink in for the couple of days before Christmas!

3 replies on “Update from San Francisco…”

Jealous! Enjoy San Francisco. Some of us have just got in from Christmas shopping at Britain’s biggest (only?) Wal*mart, and are trying to rehabilitate our souls in light of the experience. I’m due to go and see Narnia with my mother, of all people, when I’m back home for Christmas. Can anyone tell me if that experience is likely to be more or less traumatic than shopping at Wal*mart?

Tom,
Get in touch – come and talk about blogs and its role in public journalism to a literary public. They need to know more happens outside of print.
Simon Larter

It sounds like you have appendicitis, you should see a doctor!