I’ve always wanted to get some sexy plasticbag.org schwag made and now I have some! And even better than that, soon it won’t just be people like me (the successful, the sexy, the preternaturally flexible) who can get their hands on such a beautiful display of tiny, variable and personalisable goodies. A friend and ex-colleague of mine is sneaking around behind the scenes at the moment trying to get this kind of stuff available to the masses. I’ve been sworn to secrecy in the meantime, but it’s totally awesome and I’ll post more about it when they’re ready for a little more of a public appearance. In the meantime: 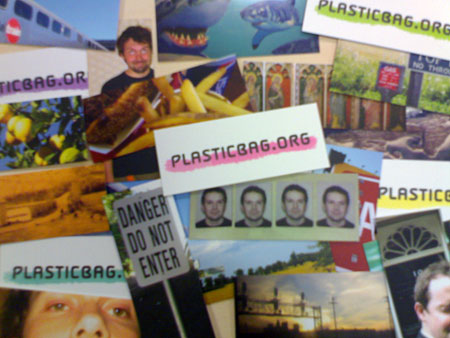 One reply on “On tiny, beautiful, little business cards…”