Wow, so it’s nearly three in the morning, which is basically four in the morning since the clocks only changed a week ago, and I still appear to be up and awake and completely uninterested in sleep. I may as well take this opportunity to post a few more visualisations of the weblog data that I posted up a few days ago (Five Years of Weblog Data vs. The Visualisations). This batch pushes us in a few interesting new directions – some of which so interesting in fact that I have no concept whatsoever what they might signify or represent. In fact let’s start with those: 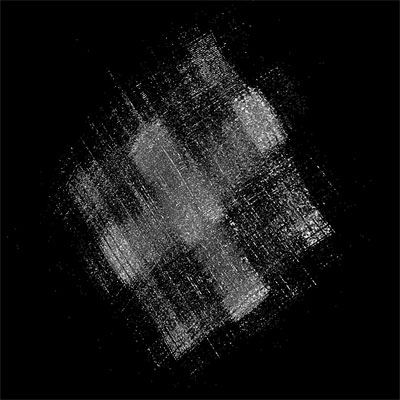 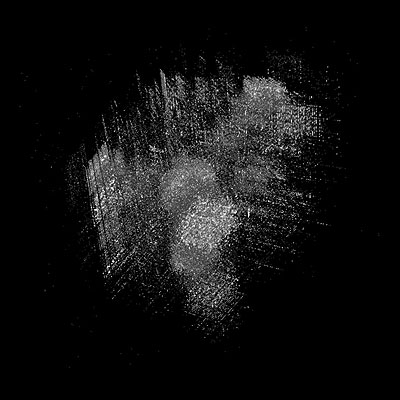 These two were undertaken by Dan Kaminski and were “run through the Phase Space Visualization process popularized by Michael Zalewski” using Phentropy. I will confess straightaway that I’ve spent a limited amount of time trying to work out what they mean, but remain as yet unsuccessful.

The second set of visualisations came in from Daniel Boyd and is a plot of when during each day I posted over the last five years:

The first three years here are astonishingly consistent and – as Daniel himself pointed out – the data would suggest that I go to bed between midnight and 2am and that I get up each morning around eight. This is stunningly accurate and highly representative of my normal behaviour. What’s less clear is what happens after the beginning of 2003 where the data starts to look remarkably less organised. I’m still not clear why this has happened – and in fact quite suspicious of how accurate that bit is. It seems to me more likely that some part of the data is corrupt around the beginning of 2004 than that my entire posting behaviour changed overnight. Except to say that yet again this phase shift seems to coincide with switching to using Movable Type.

Which brings me to the last visualisation. When I last posted these visualisations I pointed out that they seemed to suggest that the switch to Movable Type had resulted in longer posts and a drop in the rate of posting. In response Anil Dash mooted that Movable Type might be making my posts better thought out. Now of course, there’s a clear value judgement there, and one that is not necessarily correct. It’s quite conceivable that I’ve just got more wordy and long-winded and that MT has supported or even caused that shift. It’s not even clear that weblog posts should be better thought out – Matt has suggested to me in the past that another equally convincing model might be to think of MT as having broken the paradigm of incredibly fast and easy informal peer-to-peer publishing that Blogger created and was initially its USP.

So it’s just as well that we have Richard Soderberg out there. He decided to run a Flesch-Kinkaid reading analysis on each of my posts over the last five years and plot them on a graph. The solid darker line in the middle being the reading level in the US educational system that might be required to be able to read each post.

As you can see, the readability level of my site changes dramatically around the same time that I move to using MT. Over the first three years it seems to settle around eight on the Flesch-Kincaid scale. But after moving to MT, the average appears to be more around 10. More interesting still is that the extremes in both directions have started to diminish. There are few posts that plummet down to the infantile depths of the scale and few that stretch upwards towards unintelligibility. Richard’s also provided a useful CSV of some key metrics. When you investigate it, you’ll see that each post has its complexity described in as either childish, acceptable, ideal, difficult or unreadable. I wonder if the same metrics apply with writing for the web as for elsewhere (we’re normally told by usability people that sentences should be shorter and punchier and articles not as long when we write online) but if they do the site has definitely moved much more heavily towards the ‘ideal’ intelligibility rating and that does appear to coincide with a move to MT.

So there you go – three new sets of visualisations and a stunning revelation that they should put on the marketing bumph. That’s right, ladies and gentlemen, apparently MT actually makes you smarter!

Question is: does prefacing a post with “Wow” extricate you from the “so” controversy?

The time of day chart is great, but I suspect that more careful analysis is needed here. For instance, I believe that the move to MT coincided with the enabling of comments. I suspect that’s why the time chart suddenly goes strange.
Here’s one without the comments.
It’s as you might expect – pretty much the same times, but less frequent.

Also, one with comments (green) and pings (blue).
I’m not overly confident about the hacked-up Java parser I wrote for this stuff, so here’s a count of posts, comments and pings, for verification:
posts: 4175
comments: 3184
pings: 863

That all looks about right to me.