Well that’s not strictly true – I got an hour of sleep between coming back from the party and having to leave for the airport. Twenty hours awake and one hour of sleep, and currently in Newark airport an hour and a half away from the final six hour flight that takes me back to London (where British Summer Time is just about to really rub in the jet-lag). If I was fried before, now I’m deep-fried – possibly breadcrumbed and potentially smothered in some form of thick hallucinogenic sauce. 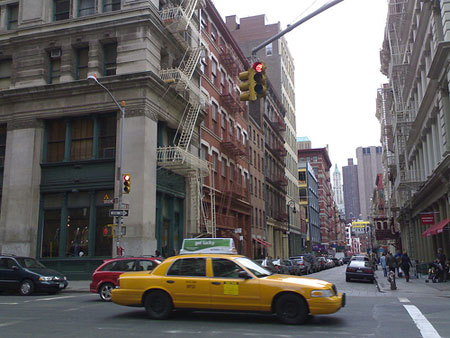 My visit to New York was pretty much infinitesimally short. I got to my hotel on Friday afternoon around 4.15pm, showered and changed to be out by 5pm, crashed back at the hotel before midnight, had about three hours roaming around Soho on Saturday early afternoon before the next series of events began. Which brings us back to the end of the party and getting to the airport and thick hallucinogenic sauce.

Is this white or dark meat?
Hallucinogenic sauce is delightful with a hint of lime.

do you know andre torrez?