Last week I talked at the Future of Web Apps conference in San Francisco as detailed in my euphoric debrief on Saturday. It was not a talk that I looked forward to enormously, but I have to say that the response has been really positive with a decent number of people asking me to post up the slides. So that’s what I’m here to do – providing one (large/75Mb) PDF version: Greater than the sum of its parts and the other a Keynote-produced (and partly self-optimised) small web version.

The talk is about how to generate systems and models wherein large groups of people can publically create something together that’s more than the sum of its parts. It’s about Wikipedia, Flickr, motives for social engagement, how to derive value from innumerable small contributions and what challenges this form of creation may be causing in a world of proprietary data. All fun stuff. Hopefully.

Much as with my last Future of Web Apps talk there’s an extent to which the slides will only make sense if viewed alongside some coherent notes of the talk around them. There are luckily some of those available online. I want to make sure to thank Matt Webb, Simon Willison and Matt Biddulph again (in addition to everyone else who helped me get it together) before I post up the thing in question. Mr Webb in particular deserves a mention since there’s a great chunk of thinking in this piece that – while I’m not sure he’d agree with all of it – was definitely the result of conversations that we had together at the BBC.

Like last time, I will promise right now to properly write up the talk in question, but – again like last time – it’s quite likely to be a while before I can get my act together! 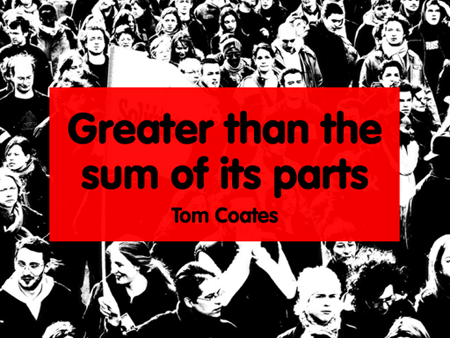 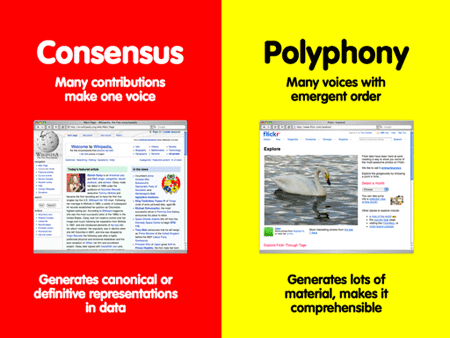 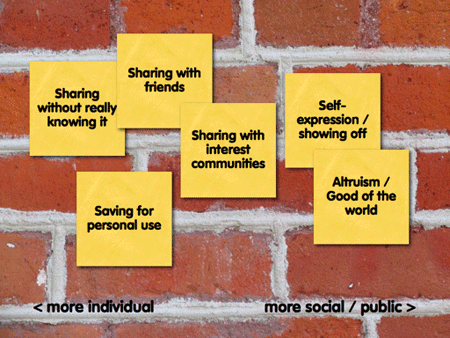 The version with pirates was better.

Glad you found the notes a coherent and they didn’t stray too far from what you wanted to say.
It was a terrific presentation and has been enormously helpful to me in providing a framework and vocabulary for thinking about this kind of community building. Thanks much.

Tom – I can’t find a way to download the pdf. Is it just me?

Hi Tom, the link to the large PDF doesn’t work.

great presentation Tom. Im currently working on (playing around) with a social idea at the moment, will probably turn out to be rubbish, but at least you have given me soundthing to think about!

Is it just me, or is the link to the PDF version broken?

Thanks for putting this up

thanks for posting this Tom, I am a huge fan and proponent of co-creation and believe it really is the foundation of a sort of post consumer renaissance. I haven’t gone through the slides yet, but look forward to it.
Just a note, the link to the pdf is currently wrong:
http://www.plasticbag.org/files/misc/http://www.plasticbag.org/files/greater/Greater%20%20than%20%20the%20sum%20of%20its%20parts.pdf
cheers,
karl

Just buy an iRiver and bung up a MP3 next time. Would love to read the writeup

Apologies everyone. I’ve fixed the link to the PDF so you should be able to download it now.

Fantastic presentation, Tom. This is the most concise explanation I’ve seen of the mechanics of social software.
Although you focus on publicly-available social web apps, there’s another way to make money with this: deploying social apps to the enterprise. Intranets that create social value will be the future for progressive companies.

This is a wonderful deck Tom, not just for the content, but also for the slide style: http://dumbledad.wordpress.com/2008/04/16/wonderful-images-from-kyle-bean/